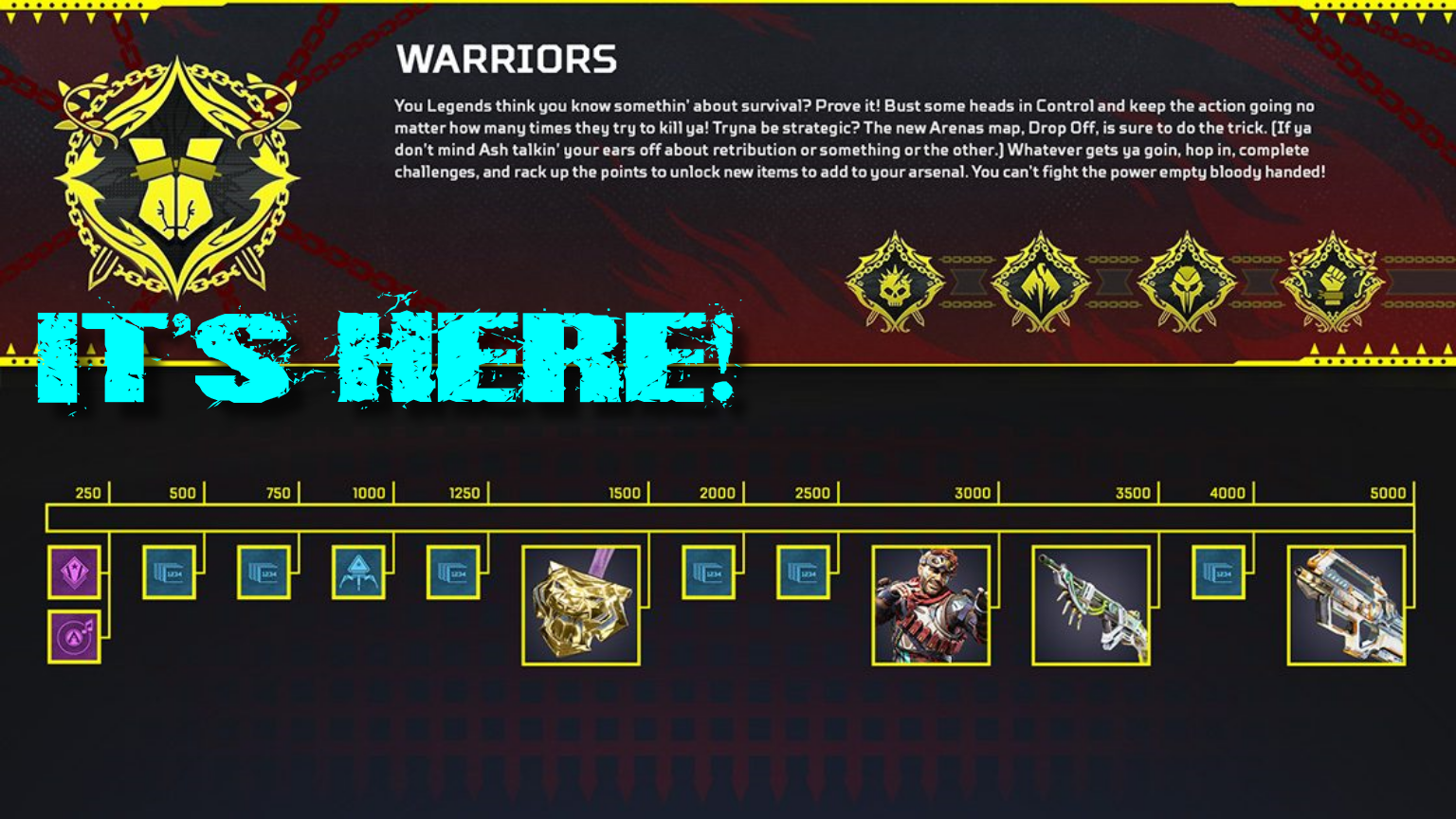 We have a very exciting 2 weeks coming up in Apex Legends. Starting March 29th the Warrior event starts and will last until April 12th. Along with it, Control mode returns on a new map.

The 9v9 activity is back as promised but with a twist. There is a caustic takeover for the new Kings Canyon Control map. Which makes the map look cool, but also has a deadly mechanic. Teams capturing B can then interact with the terminal in the lab surrounding B to release a caustic gas that builds up. The enemy team will have a hard time capturing B back while this is in effect. It has a cooldown and only lasts 30 seconds, so make use of this time while B is untouchable.

I know everyone doesn't play Arena but it can be a fun mode to warm up with and play more casually. I like to use it to try out weapons and ability strategies. Regardless there is a new map they have added and it may be worth trying out when you see it in the rotation.

Earn those points and unlock all the event's special loot. I can't wait to see everyone out there with all these cool skins and recolors. Check them out:

Crypto finally has a new heirloom and it looks great. Also has a little secret inside, giving you a further glimpse into his story:

That's all we have for today, I know quite a lot. That is what we deserve after such a long break from content. See you out there on the grind!