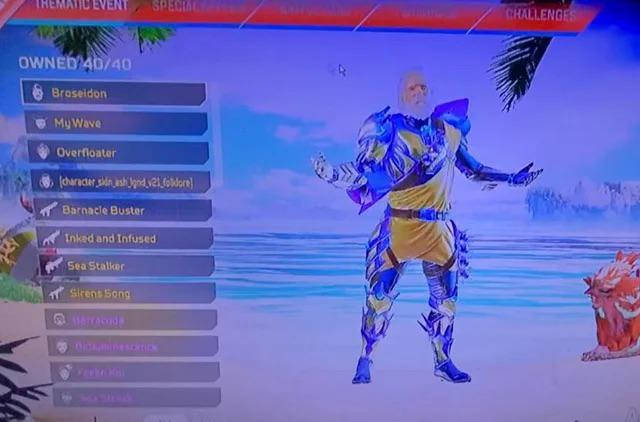 We have our first look at the next Apex Legends event called Dark Depth thanks to a leaker on reddit named /u/Pretty_Chard5030 who originally shared the leaks and then deleted his posts.

In his comments he said that the event should take place in either January or February.

The skins appear to be water themed with a "broseidon" named skin for Fuse.

Perhaps we will be getting two collection type events this season!